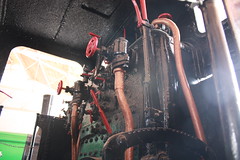 Spain adopted the National Cyber Security Strategy in 2013. It is a comprehensive document, which sets objectives and targeted lines of actions. It is compatible with, and references, both the National Security Plan and existing security laws; and these plans and laws work together as a package.

Spain has established two CERTs, INTECO-CERT and CCN-CERT, and the National Centre for Critical Infrastructure Protection (CNPIC). The latter appears to be the premier agency for information security and cybersecurity, while the role of the CERTs is limited to dealing with cybersecurity incidents. CNPIC is responsible for ensuring coordination and cooperation between the public and private sector. It also runs sectoral working groups and is working toward the development of sector-specific cybersecurity plans.

Additionally, cooperation with the private sector is formalised through the National Advisory Council on Cybersecurity, established in 2009, whose members are private sector representatives. The council is tasked with providing policy advice to the government, although its current status is somewhat unclear. Private sector associations are also active, with two prominent bodies dedicated specifically to cybersecurity and information security, as opposed to general IT matters.